Cancer has emerged as one of the most threatening diseases of the modern times and September is observed as Gynecological Cancer Awareness month worldwide, to spread the awareness amongst all. In tune with the global trend, the Department of Obstetrics and Gyn ecology, AIIMS Mangalagiri organized and conducted various events with great enthusiasm, to spread awareness on Gynecological cancers, under the guidance and approval of Honorable Director& CEO, AIIMS, Mangalagiri. In addition to educating women from different walks of life, it also proved to be a month of academic feast for the students as well as the faculty members. A series of informative and interesting events eventually culminated into a highly educational experience for all.
Some of the important highlights are as follows:
⦁ Starting of ‘Special clinics’ in OBG, release of IEC pamphlets and video output on ‘Gynecological Cancer Awareness’ as well as the inauguration of ‘Advanced Maternal Fetal interactive Birthing Simulator’ and Simulation lab in Dept. of OBG by Honorable Director & CEO, AIIMS, Mangalagiri. The occasion was also graced by the Dean and Medical Superintendent AIIMS, Mangalagiri.
⦁ Exhibition of awareness posters and slogans in OBG OPD and registration area.
⦁ Awareness and Training session on prevention and screening of gynecological cancers was conducted by OBG faculty at Nutakki Primary health centre for ASHA workers, ANMs and other health care staff.
⦁ Multilingual and multimodal awareness sessions using various modalities like power point presentations, posters and placards were conducted by OBG faculty, Radiation oncologist and surgical oncologist on three different occasions for patients, housekeeping, nursing orderlies, ANMs and other staff and medical students at the OBG OPD block, AIIMS, Mangalagiri
⦁ ‘Health and Wellness Doctors talk’ on Gynecological cancer awareness was conducted by the department via Zoom app for ‘Vasavya Mahila Mandal’ women social organization members, police personal and women welfare group of Andhra Pradesh. More than 500 women members attended the program and we received several positive feedback on these sessions.
⦁ Demonstration cum Training session on PAP smear test screening and Breast Self examination for Nursing officers was organized by OBG team.
⦁ A ‘Gynec- Onco quiz’ program was conducted for undergraduate medical students. The winners were awarded prizes and certificates by Director & CEO and Dean, AIIMS Mangalagiri.
All these activities will go a long way in reducing the Gynecological  cancer disease burden among the population. 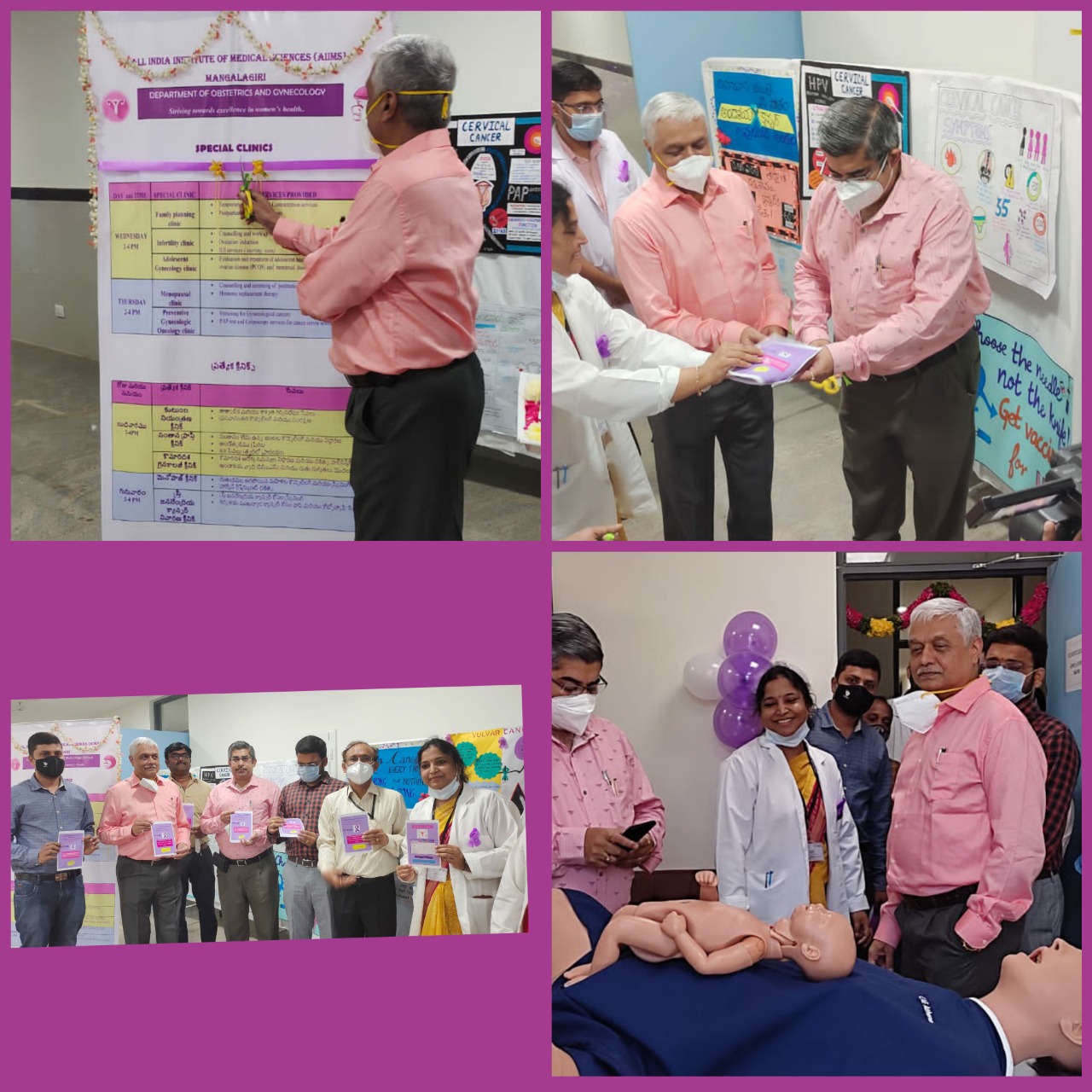 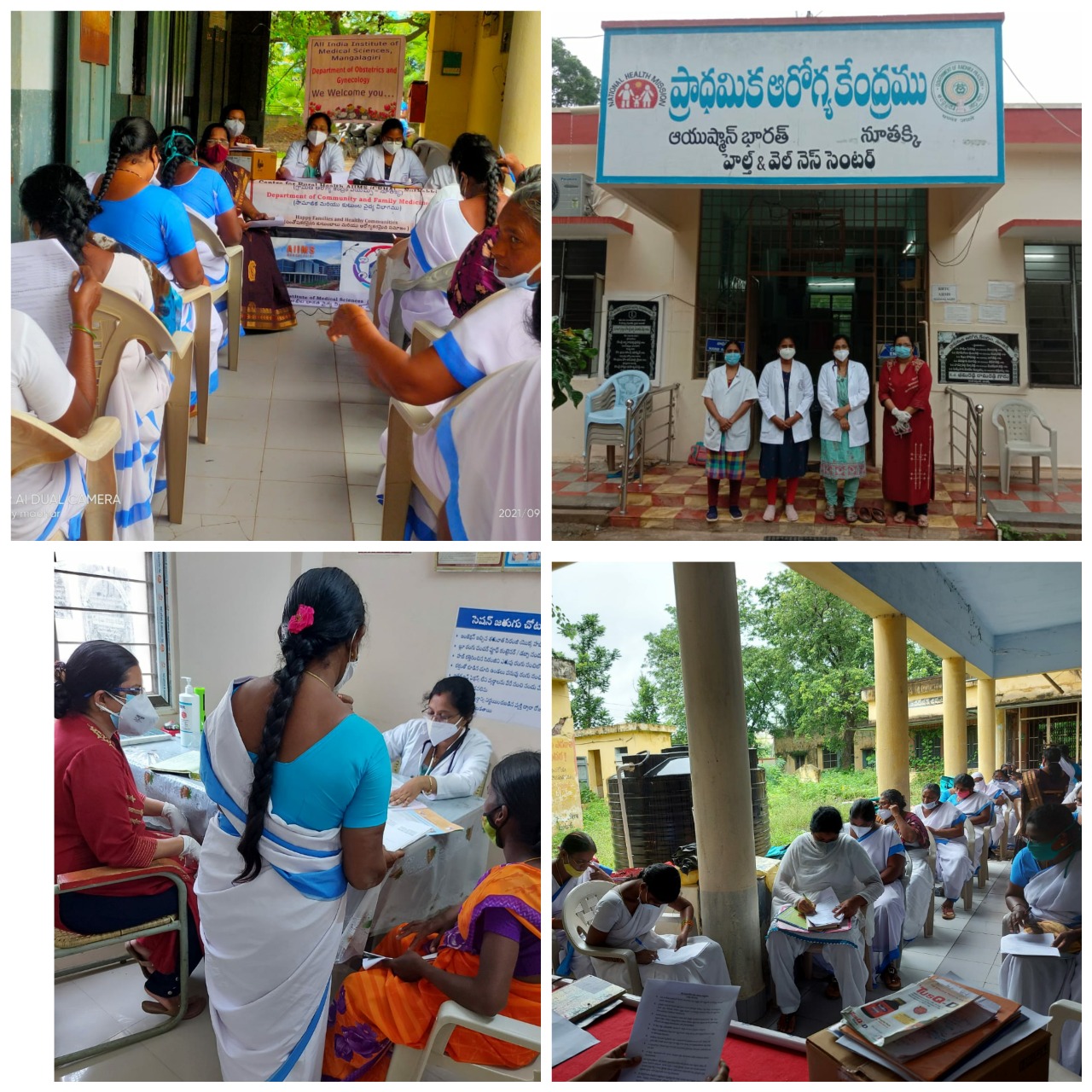 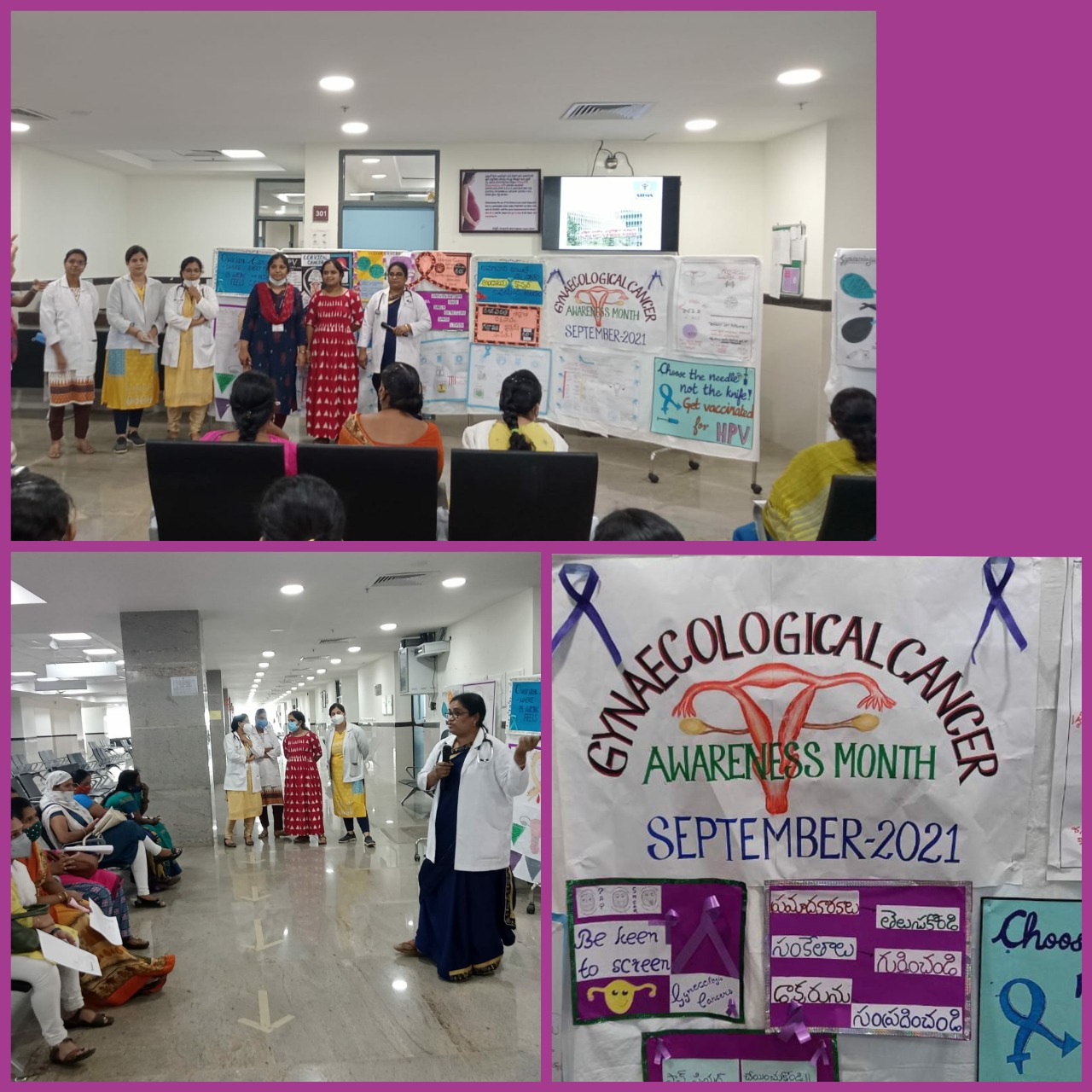 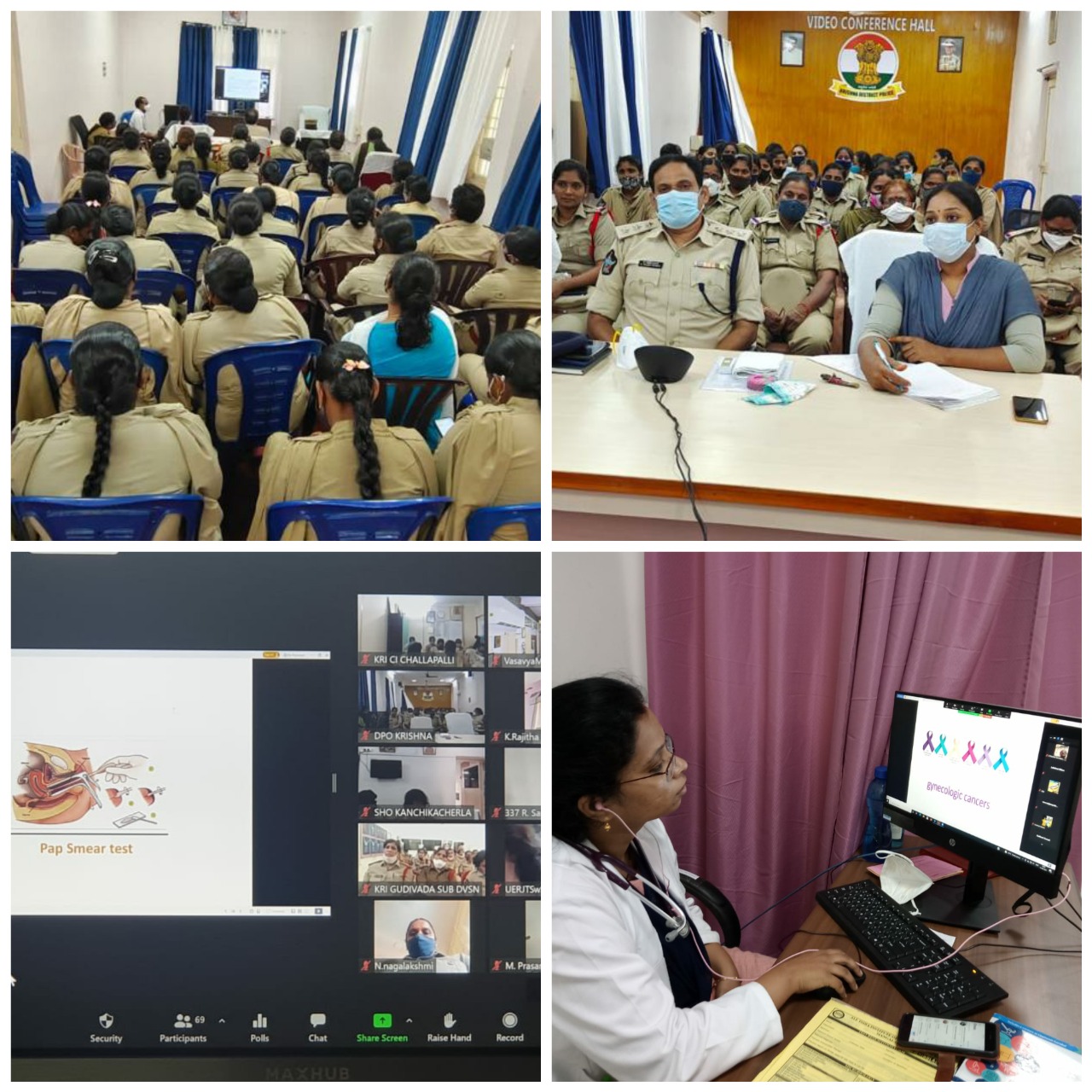 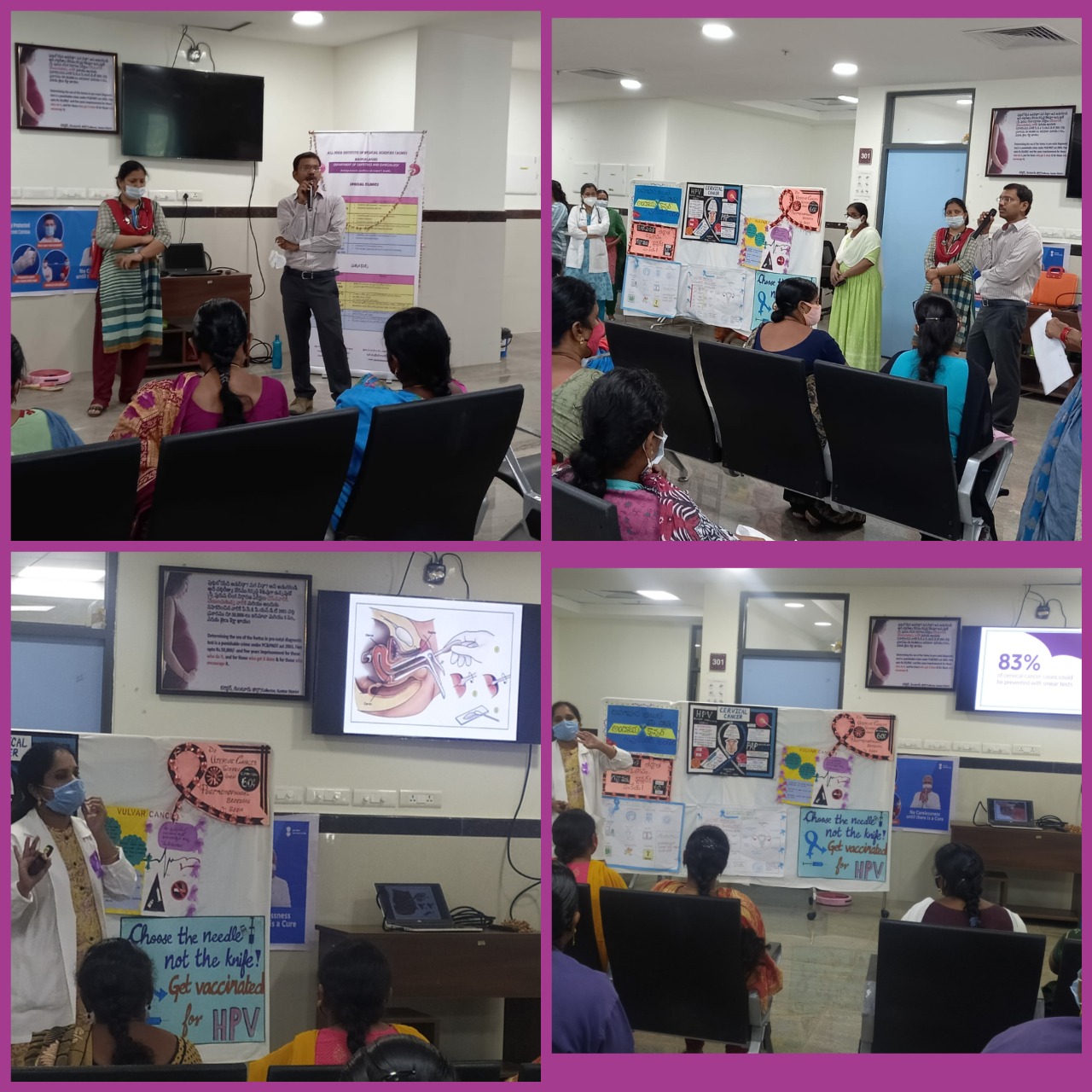 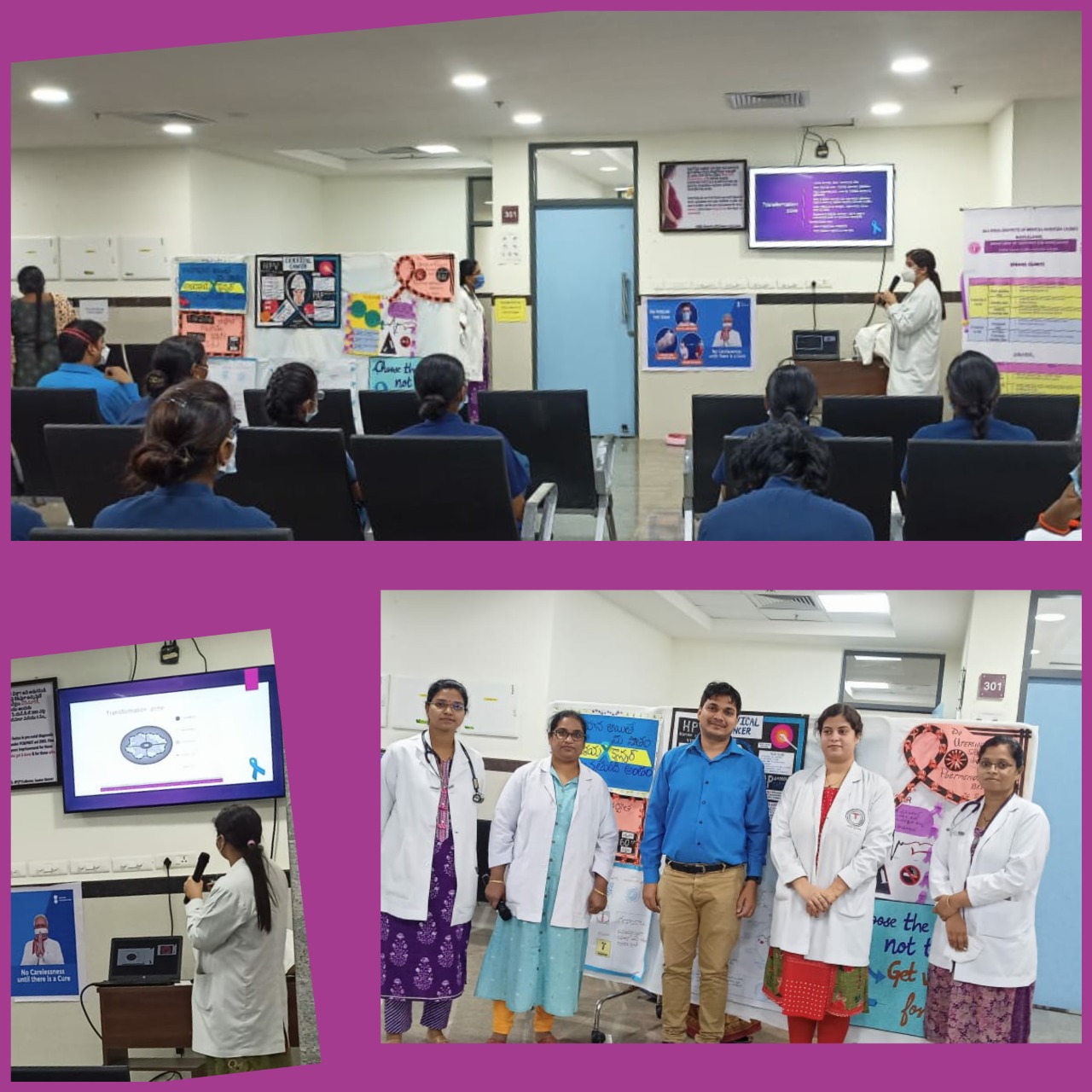 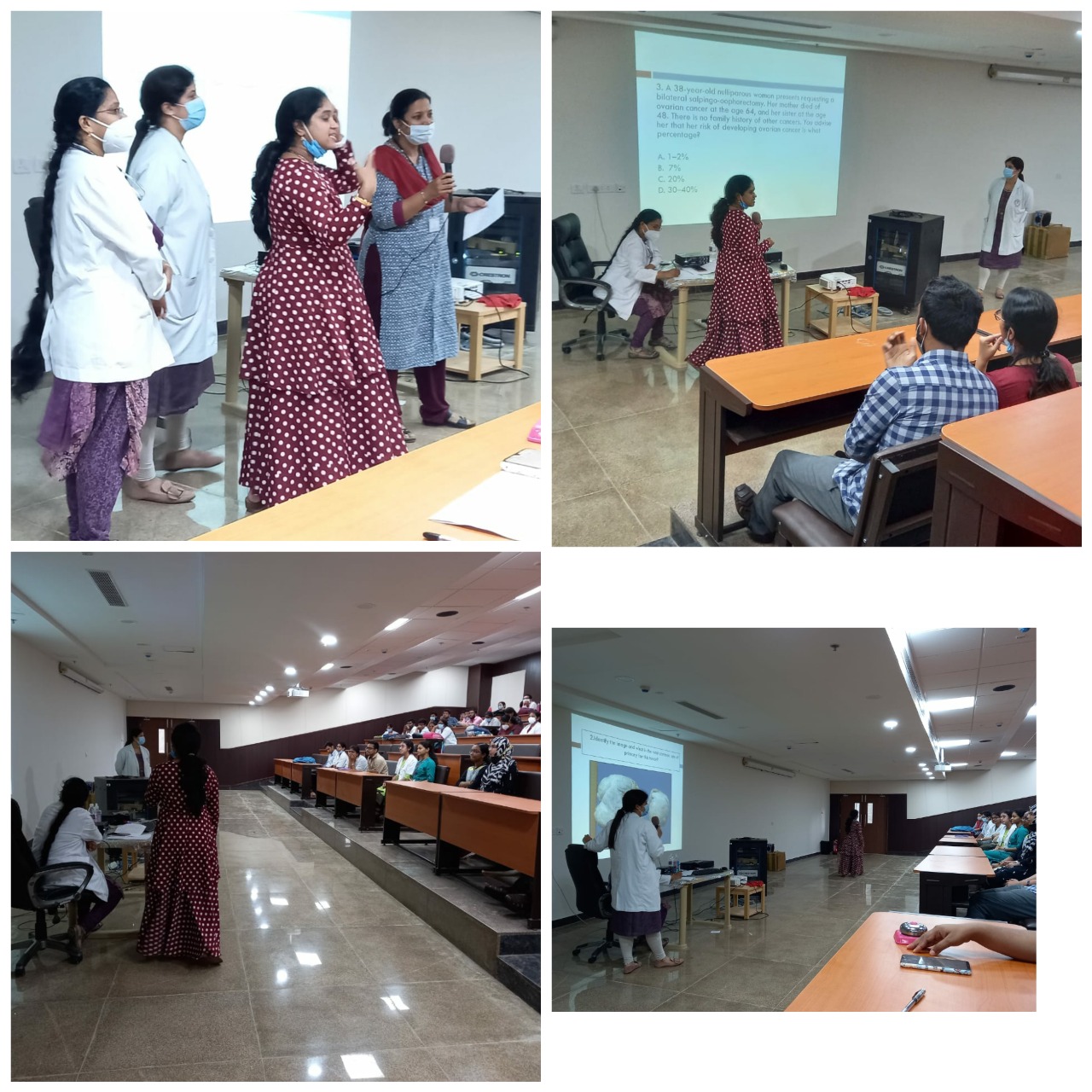 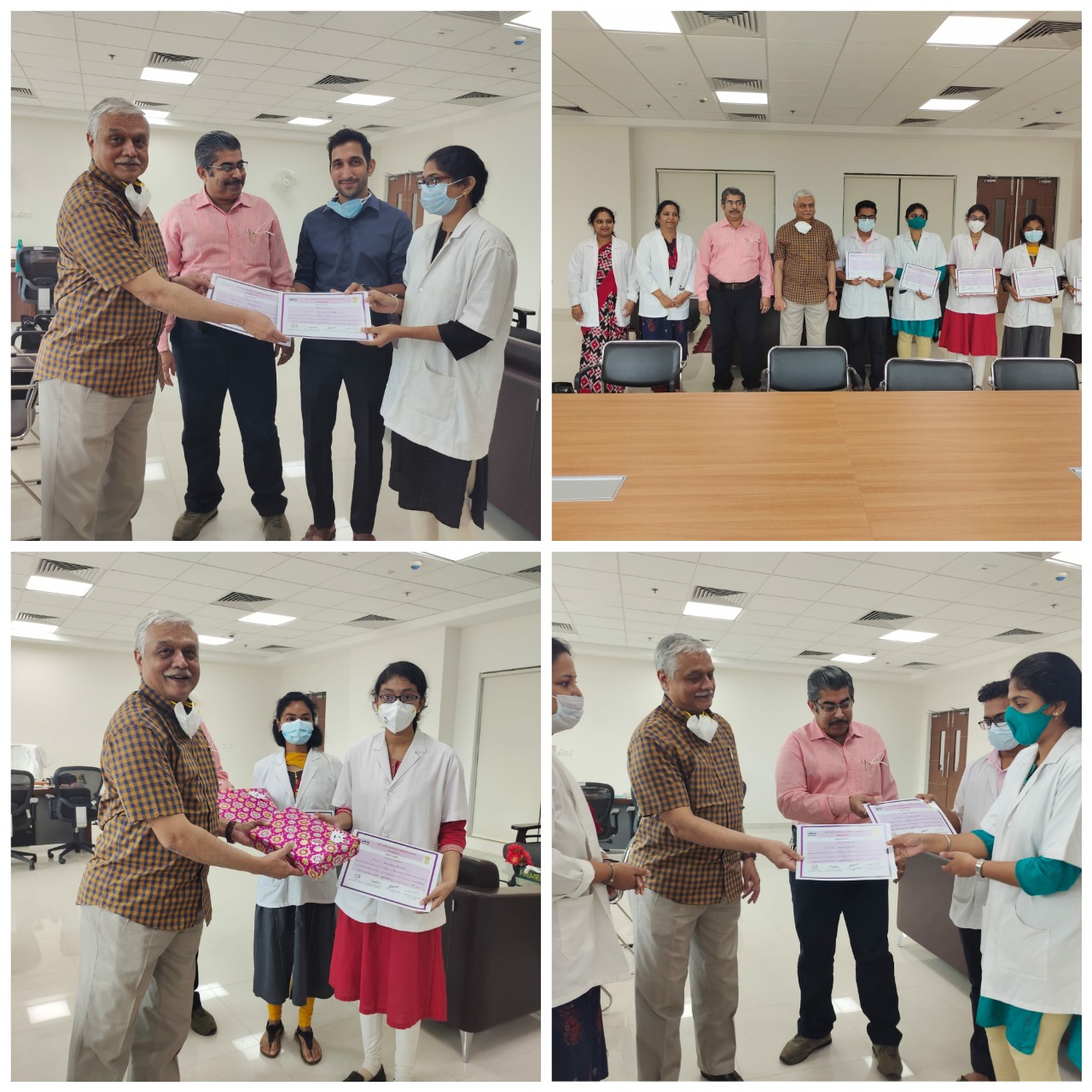