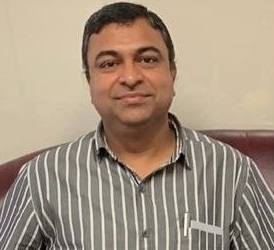 Shri Shramdeep Sinha (श्रमदीप सिन्हा) is an Indian Revenue Service (IRS) Officer of 2004 Batch and holds the rank of Director to the Government of India. He is on deputation to PMSSY, Ministry of Health and Family Welfare. He joined his deputation duties in March 2018 as Deputy Director (Administration) of AIIMS,Mangalagiri. He has since been nominated as Officer on Special Duty to the President, AIIMS, Mangalagiri.

He has served as Deputy Commissioner of Income Tax, Bhilai, C.G.; Deputy Director of Income tax (Investigations), Raipur, C.G.; Joint Commissioner of Income Tax (TDS), Nagpur, Maharashtra and Additional Director-cum-Faculty in the prestigious National Academy of Direct Taxes, Nagpur, Maharashtra. As faculty he has been a Course Director for Orientation batch of newly promoted Assistant Commissioners of Income Tax, and has taken sessions for IRS officers of India and Tax administrators of SAARC and Common Wealth Nations. In addition to the experiences as Tax-Administrator, he has experience in general-administration, including budget, establishment, accounts, DDO matters, PFMS, supervision of construction of government projects; horticulture projects, construction and budgetary proposals; repairs, maintenance and housekeeping matters; tenders and procurement matters, litigation matters, etc.