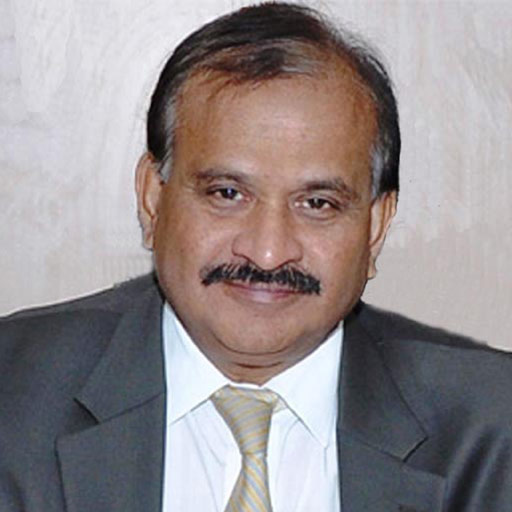 Welcome to All India Institute of Medical Sciences, Mangalagiri

It is my distinct pleasure to invite the future leaders of healthcare in India to AIIMS Mangalagiri on behalf the leadership of the institute. While each student will and must familiarise oneself with the objectives as laid down in AIIMS Act, I wish to enunciate some salient principles. We will develop each one of you to become life- long learners , along with the qualities of professionalism, empathy, inclusiveness and humility. Health, as defined by WHO is “ a state of complete physical ,mental and social well-being,and not merely the absence of disease or infirmity” . This includes spiritual health as part of social well being. You will learn the pillars of health care delivery right from the onset, to include Access,Equity, Quality and Cost while you go through the subjects of anatomy, physiology,biochemistry, community Medicine etc right in the first year. We hope to become the paragon of pedagogic innovations in order to impart knowledge and will develop many teaching-learning methods to optimise learning at personal and group levels. Individual excellence is a must, but it will be in the context of team work , accountability and transparency, so as to deliver patient- centered care. We will create communities wherein each citizen’s healthcare needs are met . Welcome again for a rewarding experience for the next few years at AIIMS wherein we are preparing to train professionals to be among the global best ,in Mangalagiri!!

Dr. TS Ravikumar is currently engaged in global health initiatives, after serving in the U.S for over 36 years in various capacities; the overarching goals of his current work are: (i) Service in public health sector for the underserved; (ii) System design for establishing centers of excellence and emphasis on Quality & Patient Safety; and (iii) Testing models for Universal Health Care. He completed his M.S in Surgery from Madras Medical College, India and completed American Board of Surgery in addition to FRCS from Canada & Edinburgh. He is a fellow of American College of Surgeons.

He is recognized internationally for his work in colorectal cancer and liver surgery and patient safety.  Based on his expertise in patient safety at hospitals in USA and later in India, he has been made a member of WHO Patient Safety Curriculum working group. He has over 230 peer reviewed publications, abstracts and book chapters. He is the recipient of numerous awards and honors including the top doctors/best doctors listings consistently since 1995. He is a member of several surgical and oncologic societies, including Society of University Surgeons and the American Surgical Association. He is a past-president of New York Surgical Society. The New York Daily News named him "21 New Yorkers to Watch in the 21st Century" in its 2000 millennium edition.

As part of his global health work, he was appointed as the first Director & CEO of Jawaharlal Institute of Postgraduate Medical Education and Research (JIPMER), Puducherry, after it was designated an Institute of National Importance in India. During his tenure since 2012, JIPMER won the acclaim as the third ranked medical school, sixth highly rated multi-specialty hospital as well as ranked fourth for research infrastructure in all of India. Under his leadership, JIPMER for the first time in its history, received award of excellence "CNBC TV 18 - ICICI Lombard - India Healthcare Awards" as 'Best hospital with Medical School - Non Metro 2014-15'. He initiated several projects at JIPMER: 400 bed Women & Children Hospital, an Academic Centre, a large student Hostel Complex, super specialty block expansion. JIPMER Quality Council and Apex trauma/emergency/ disaster management centre. At another public sector health system in India, SVIMS, he established a medical college exclusively for women. A “Centre for Advanced Research” (CfAR) was established. SVIMS profile was enhanced to rank among the top 30 Indian medical institutions. He has initiated several population health strategies such as: community CPR, ‘PINK BUS’ for women’s bundled cancer screening, novel patient safety initiatives to improve hospital wide mortality, public reporting of quality metrics & Real Time Actionable Patient Experience of Care (R-TAPE) portal.

Since 2017, he served as advisor for the development of a new All India Institute of Medical Sciences (AIIMS) at Mangalagiri, and he was appointed President of this new AIIMS in November 2018. He is a convenor of IRAPS (Implementation Research Associates for Patient Safety) which comprises of four new AIIMS and National Institute of Design (NID), India. He is a trustee of Sundaram Medical Foundation & Hospital, Chennai; and a member of Governing Body /Executive Committee of Cancer Institute (WIA) Adyar, Chennai. The Government of Tamil Nadu has nominated him as its representative to the coordination/liaison committee for another new AIIMS at Madurai.

Dr. Ravikumar  has been active in establishing collaborations between health systems in USA & India during the last decade with a focus in quality/patient safety, population health and promoting Accountable Health Systems. He is also the convenor of  a collaborative between American Heart Association and several new AIIMS for Community CPR.